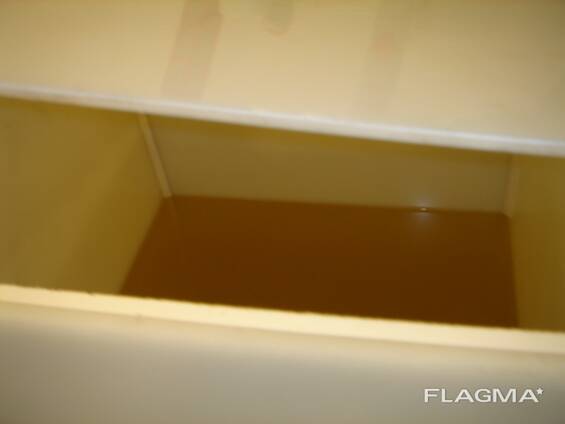 Sterilization and regeneration with repeated use of white naftalan products of naphthalan oil and tarless naftalan in balneological bathtubs.
with the variety of medicinal properties of naftalan, at the request of the 21st century today, the European Union also requires thorough sterilization of medicinal products during treatment in balneology. Many bacteria and viruses adapt to any warm liquid environment where they live and multiply. The habitats of many of our invisible enemies such as bacteria, viruses, fungi and spores are transmitted by sick people taking naphthalan therapy, namely when taking the so-called naphthalan baths in refillable naphthalan oil and its fractions like tarless naphthalan and naphthalan oil in balneological bathtubs. Here, first of all, we can pick up a skin fungus, warts, which is transmitted through a warm liquid. Moreover, many visitors to naphthalonotherapy do not even know that they suffer from a fungal infection, since the pathogen lives in their body without giving clear signs of the disease. Only occasionally does peeling occur between the toes and under the armpits. A doctor, having noticed such symptoms, should not give permission to visit naphthalan baths. It is also possible if the skin is broken, there is a chance of contracting the so-called contagious mollusk. This is a viral skin disease characterized by dense pink nodules that look like pimples. Microsporia, or ringworm, a fungal infection that affects mainly the scalp and much less often the skin and nails. Pediculosis manifests itself as itchy skin in the area of ​​hair on the head and sometimes grayish-blue spots. A careful study reveals both the insects themselves, about 1 mm in size, and the eggs (nits) that they lay (the latter look like small white balls “attached” at the very base of the hair). Intermediate disinfection of balneological baths after taking naphthalan therapy eliminates all pathogenic vegetative bacteria, fungi and most viruses, but some viruses (especially small viruses without membranes) and bacterial spores are not eliminated.
Today, only our company llc "azeicg" is engaged in the problem of regeneration, disinfection and sterilization of naphthalan oil and its fractions during repeated use, where it has developed a technological unit for the safe use of naphthalan therapy in accordance with the current requirements of the European Union.